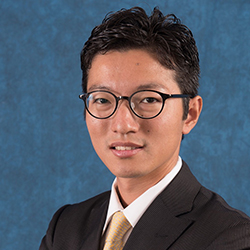 Dr. Yusuke Mori is a Director General of Policy Innovation Department at the City of Tsukuba, the biggest science city of Japan. He is in charge of comprehensive management strategy planning, science and technology promotion, digitization of the city government, smart city development, and promotion of SDGs.

He started his career with the Japanese civil service in the Life Sciences Division at the Ministry of Education, Culture, Sports, Science and Technology (MEXT) in 2011.

From 2012 to 2013, Yusuke was Unit Chief for the Office for Stem Cell and Regenerative Medicine Research Promotion. During his appointment, he created a five-year plan for stem cell research, which led Prime Minister Shinzo Abe to commit to a funding schedule of $1B for ten years and contributed to develop new treatments using stem cells for several diseases such as eye disease, heart failure, Parkinson Disease, and spinal cord injury.

After Yusuke spent two years at Harvard and MIT, he returned to the Government of Japan and re-start to work in the field of Science, Technology, and Innovation policy at the Cabinet Office and the MEXT, and engaged in budgeting and drafting laws to enhance the capacity of universities as well as research institutions.

Yusuke received his Ph.D. in Bioengineering from the University of Tokyo in 2012, Master in Public Administration from Harvard Kennedy School in 2016, and Master of Bioethics from Harvard Medical School in 2017.

He is also appointed as an Expert for the Behavioral Science Team (BEST) of Japanese Government, a Visiting Researcher of the University of Tokyo and Niigata University, and an Adjunct Lecturer of University of Tsukuba.