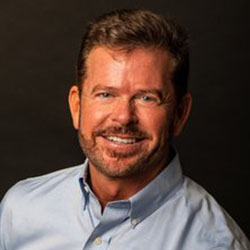 Harvin has served in numerous executive roles in technology companies, ranging from marketing, regulatory, and financial, to operating and management.  He has also served as a Director to numerous for profit, non-profit, and governmental organizations, ranging in size from startups to large organizations with 30,000+ employees and multi-billion dollar annual budgets.

As a Principal of Frontera Technology Ventures (“FTV”), Harvin has been actively involved with high-growth technology companies for many years, and has also acted as a mentor with Station Houston and other technology incubators. FTV advises growth-stage technology companies in the areas of finance, operations, management, strategic planning, negotiations, structure, fundraising, government relations and marketing. FTV holds equity stakes in some of its portfolio clients.

Harvin began his career in banking in New York and London as a National Bank Examiner for the US Department of Treasury, and later with a Houston-based merchant banking and business advisory firm. Harvin became the CEO of a client of that firm, a high-end furniture affiliate, and led it to becoming the leading online seller in that category. Under his leadership, the firm was ranked among the “Houston 100” fastest growing companies in 1995, 2000 and 2001, and Harvin was named Runner-up for Ernst & Young’s Entrepreneur of the Year Award in 2000.

In 2003, joined aerospace company Space Services Holdings, Inc., serving in several roles, including Chief Operating Officer. Space Services and its affiliates launched the world’s first commercially-funded rocket (Conestoga 1), and work on issues related to space weather and propulsion. Harvin has lectured widely in schools, businesses and universities, including as adjunct faculty member of International Space University, where he recently taught a course on Disruptive Innovation.

From 2019 to 2021, Harvin served as President, Chief Executive Officer, and Director of Houston Exponential, an independent non-profit focused on growing the rate of startup formation and growth in the Houston area.

Throughout his career, Harvin has been deeply involved with education, and worked with several prominent education reform organizations from their early days, including Teach for America as a director, and the charter school KIPP as a founding director. In 2003, Harvin was elected to the Houston Independent School District Board of Education, and was re-elected three subsequent times before retiring as the longest serving member of that board in January 2017.

Harvin currently serves on several boards including KIPP Houston, TXRX Labs, the Houston Angel Network, NASA’s Space Center Houston, and the Powell Foundation. He holds a MBA from New York University, and a B.A. in Economics from Northwestern University.