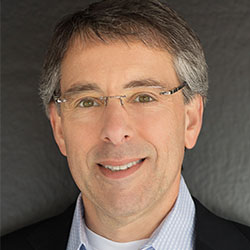 Prior to joining Stanford, Steve was president and CEO of the solar energy company Cyrium Technologies, consultant for the National Renewable Energy Laboratory and the US Department of Energy, venture capitalist at Worldview Technology Partners, vice president at SDL (JDSU), and member of the technical staff at MIT Lincoln Laboratory. As vice president at semiconductor laser company SDL Inc., Steve was part of the management team that grew the company to $1 billion in annual revenue and engineered one of the largest high-tech acquisitions in history. He has published more than forty papers in peer-reviewed journals and has four patents. In December 2017 Steve testified at a US Congressional Hearing on federal funding for energy research.

Steve received a PhD and MS from Stanford University, and a BS from the University of California at Berkeley, all in Electrical Engineering. He is a Fellow of the SPIE, a former Board member of the MRS, and a member of ACM, IEEE, MRS, OSA, and SPIE. Steve is a member and former chair of the Santa Clara University College of Arts & Sciences Leadership Board. He is a former Utilities Commissioner for the City of Palo Alto. Steve has been involved in humanitarian projects such as the Tech Museum Awards for Technology Benefiting Humanity.